The CCBA Brews Up A New Executive Director 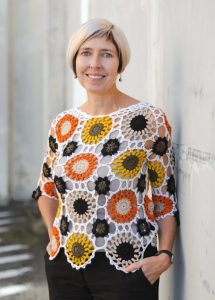 Comeau brings a strong mix of relevant education and experience to the leadership role. She recently successfully co-chaired the Canada Beer Cup, the CCBA’s inaugural national craft beer competition, led New Brunswick’s provincial craft alcohol association, held senior marketing positions in a brewery and in a Niagara winery/distillery, has economic and real estate development experience, and even launched her own consulting firm, exhibiting her own entrepreneurial spirit.

“The board is thrilled to have Christine at the helm of the CCBA,” says board vice-chair, Steve Beauchense. “She brings a collaborative and pragmatic approach to advancing our key priorities and opportunities. Her relationships and relevant market experience means she’s able to hit the ground running.”

The CCBA’s priorities include modernizing the federal excise duty structure, promoting the Independent Craft BreweryTM seal, assisting craft breweries with compliance to the CFIA’s labelling and traceability requirements, forging environmental stewardship through reduction in single use plastics, and advancing Diversity, Equity and Inclusion (DEI) in the craft brewing industry.

“It’s all about the people,” says Comeau. “I’ll do whatever I can to support craft brewers so they can continue doing what they do best, and building better communities.”

Comeau replaces Rick Dalmazzi who has stepped down from the role to pursue other opportunities in the Canadian craft brewing industry.

The Canadian Craft Brewers Association (CCBA) is the national voice of Canadian craft beer. They represent the interests of a growing industry of over 1,100 small and independent breweries, brewpubs and their supplier partners in every province and territory in Canada. Canadian independent craft brewers represent over 60% of all jobs in the industry.