The Independent Craft Seal of Authenticity™ is a certification mark that indicates the beer you’re drinking has been developed and produced by a small, independent Canadian craft brewer.

Craft beer drinkers in Canada want to support their local craft breweries. Butit is becoming increasingly difficult for consumers to identify beer brands that are produced and sold by authentic Canadian craft brewers.

That problem is now solved. The new Independent Craft Seal identifies beer that was produced and sold by an independent Canadian craft brewer.

Brewery members, you can now get the seal and start using it in your packaging and marketing materials.

The Five Pillars of Craft

Look closely and within the seal you’ll find five symbols that each represent a key attribute of craft brewing culture. 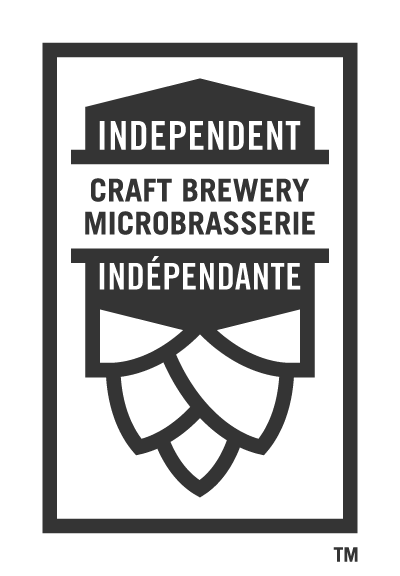 A declaration of the pride and passion that craft brewers bring to their job every day.

To represent the craft brewer’s independence from any influence that would compromise the brewery’s core values.

A beacon of community pride and local economic stimulation, craft brewers reinvest in their communities and in some cases revive them.

A symbol of the quality ingredients that go into every craft beer, locally sourced wherever possible.

Who is eligible to use the seal?

All CCBA-AMBC Brewery Members are eligible to purchase an annual license to use the Independent Craft Seal on their labels.

Any product that bears the seal must be 100% owned by the license holder and must be brewed by either the licensee or under contract by another brewery that is a full member of a provincial craft beer association.

Is there a cost to use the seal?

Qualified breweries pay an annual fee to license the use of the seal. The cost ranges depending on brewing volume. Register as Brewery Member and log in to the Members Only area of the website to learn more.

How do I get the seal?

In order to purchase a license for the Independent Craft Seal, breweries must first register as a CCBA-AMBC member to receive a login to the private member area.

Once registered and logged in, look for the “Get the Seal” link in your Member Dashboard to purchase and download.

Register As a Brewery Member

The Independent Craft Seal of Authenticity™ signals to consumers that they are not only buying a great beer with natural ingredients, but they are also supporting an independently owned Canadian small business that supports local and gives back to its community.

Get the latest updates in your inbox.