On December 3, 2020 the newly-formed Craft Beer Caucus consisting of MPs from all parties held its first meeting. Invited guests were representatives from the Canadian Craft Brewers Association.

MP Francis Drouin (Liberal), member from Glengarry-Prescott-Russell, ON will serve as chair of the Caucus. Vice-chairs are Alistair MacGregor, NDP member from Cowichan-Malahat-Langford, BC; Lianne Rood, Conservative member from Lambton-Kent-Middlesex, ON; and Yves Perron, Bloc Québécois member from Berthier-Maskinongé, QC.

In his presentation to Caucus members CCBA Executive Director Rick Dalmazzi gave an overview of the Association’s government advocacy priorities including its proposal to the House Finance Committee for the 2021 budget. The key ask in that proposal is for government to eliminate the excise duty breweries pay on their first 10 hl of beer produced in a year. This proposal would put $22 million back in the hands of Canadian breweries annually, 90% of which would go to the smallest breweries. The executive committee of the Caucus subsequently co-authored a letter to Finance Minister Chrystia Freeland recommending implementation of the excise duty proposal.

Other issues discussed were relief for beer spoiled during the COVID-19 pandemic; funding for the CCBA’s Inclusion and Anti-Discrimination initiative, and funding to support the rollout of the Independent Craft Seal of Authenticity program.

The Craft Beer Caucus will meet regularly to discuss issues that are important to craft breweries, and support the advocacy efforts of the CCBA.

To view a compilation of CCBA’s lobbying activities over the past year, click here. 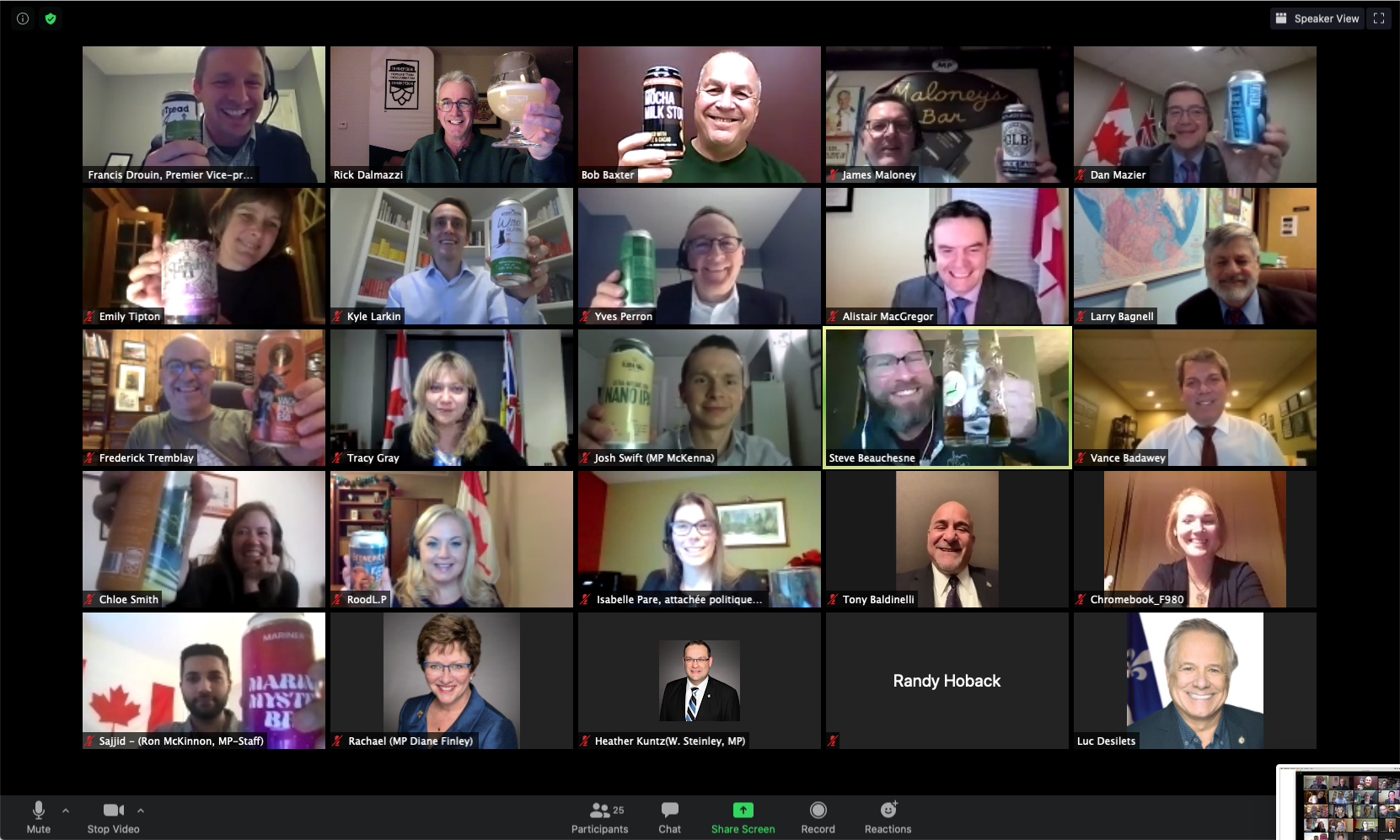